Section 63 of the Companies Act, 2013 (‘Cos Act’) empowers companies to issue bonus shares in any manner whatsoever to the existing shareholders by capitalizing its reserves account. It neither provides nor prohibits a mechanism for such issue. In this absence, the same may be governed by articles of association of the company. Generally certain public limited companies resort to issue bonus shares to selected shareholders to maintain minimum public shareholding norms

The idea of issue of bonus shares is that the undistributed profits are permanently ploughed back into the business and converted into share capital . In this regard, if bonus shares are issued on proportionate basis , the same should not be taxed under section 56(2)(x) of the Income Tax Act, 1961 (‘IT Act’)

On the contrary, if bonus shares issued on disproportionate / selective basis cannot be substantiated with business or commercial rationale, then the tax authorities may recharacterize the same as shares issued without any consideration and tax it under section 56(2)(x) of the IT Act

In order to overcome such allegations from tax authorities, it is worthwhile to understand the intent of section 56(2)(vii) [now section 56(2)(x)] available as per explanatory Memorandum to the Finance Bill, 2010. It has been provided that the provisions of section 56(2)(vii) were introduced as a counter evasion mechanism to prevent laundering of unaccounted income under the garb of gifts, particularly after abolition of the Gift-tax Act. The provisions were intended to extend the tax net to such transactions in kind.

Therefore, when there is not even a whisper about money laundering in selective / disproportionate issue of bonus shares, then such a bona fide business transaction could not be taxed under section 56(2)(vii)  or under section 56(2)(x) of the IT Act. The onus is on the assessee to demonstrate the business and commercial rationale for such selective bonus issue.

Given the above analysis, taxation of selective bonus shares u/s. 56(2)(x) of the IT Act entirely depends on the facts of the case and the events leading to such issue. Therefore, there is no straight forward answer to conclude that selective / disproportionate issue of bonus shares leads to taxability in the hands of recipient of shares. Needless to say, without analyzing the purpose and the intent of the provisions to tax such transactions; any preconceived approach to tax the selective bonus issue defeats the purpose of such provisions and the relevant jurisprudence. 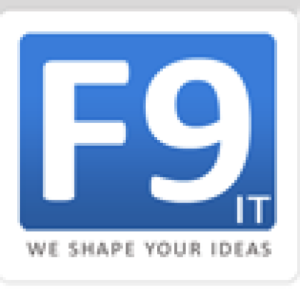 All Posts »
PrevPreviousJagan does a first, Pitches AP to the world
NextVSP employees win MedalsNext